….When Mind woke up from its slumber, its favorite marble looked the same. Thinking that the life forms would not have utilized much of their gift, Mind peered down on the marble only to be startled. Some life forms were same as before and some had changed beyond recognition! They had even multiplied! With each life form leading its own life, irrelevant to what others were doing, everything seemed out of Mind’s control. Mind tried to bring all life forms back under its control, but in vain. It seemed like the young Mind had not recognized the power of the ability to decide it had granted to the life forms it created. Moreover, life forms didn’t want to be back under Mind’s control and resisted its every attempt. This made Mind wallow and weep recollecting about the time and energy it spent on its dearest creations.

Consoling itself, Mind started understanding every new development that had stemmed out of the powers it had granted and observed that these life forms could only decide for themselves and not for others. Also, they had not altered the surface of the marble much. Rejuvenated from earlier sleep, frustrated with life forms and determined to get them back under its control, Mind was up for playing games again and ready to take up this new challenge.

Mind observed life forms constantly. It liked some and disliked others. Then it changed their environment in favor of its favorite life forms. All the life forms which were liked by Mind survived this change. Some of the disliked ones couldn’t survive and some evolved to suit themselves better to the new environment unfavorable to them. Both groups struggled to live. It was exciting for Mind to observe them. After contemplating for a while, it set new rules to the games. Mind would sleep for certain duration and would wake up to choose its favorites. Then it would change the environment in favor of its favorites. Then again watch some of the disliked ones perish and others evolve. This game continued at its own pace with Mind as an unfair umpire as well as a sole player. With time, Mind grew up. Its powers increased even more and had changed the marble’s environment many times. At some places the surface of the marble was pocked and at some neat. In the process of testing its increasing powers now and then, Mind had even made changes to the surface of the marble. Once an idle and lackluster marble was now overloaded with nonstop activities.

Again Mind started losing interest in its own game. It wanted to test its limits. It wanted to outshine its earlier deeds. It longed for an unknown. It cringed in desperation unable to identify what it wanted. It wanted to tell it out to someone, but no one was found to understand it. Unable to withstand this…. 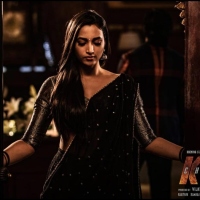 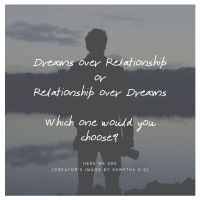 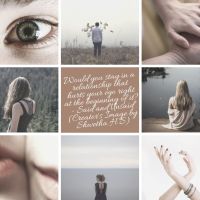