The other day, I went to watch a movie with my friend. Since the choice of movie was up to me and I wanted to watch something light, I chose Home (3D) from the list of movies being played at PVR in Elements Mall in North Bangalore. I braved downpour, got drenched as my umbrella gave up and reached the venue on time. We collected our 3D glasses and found our seats. The movie is about funny, ridiculous, harmless and tech-savvy aliens invading and replacing humans as well as getting rid of stuff used by humans that are useless to the aliens. It is also about how a teenage girl manages to escape the alien vigilance to find her mother with the help of a crazy fugitive alien. It has characters having one or the other extremity for their personality. As we watched the movie, I couldn’t help but observe the similarities between Oh of Home and Toothless of How to Train Your Dragon!

First of all, both How to Train Your Dragon and Home are DreamWorks Animation movies. Both have a face like a shallow tray or tub with two extensions on each end and wide pair of eyes. Both have a grin that displays their set of teeth which are too big and have excess gap between them. Maybe DreamWorks was trying to repeat the Toothless charm, but Toothless is Toothless and Oh is dull even with Jim Parsons’ voice.

If you have observed more similarities, let me know. 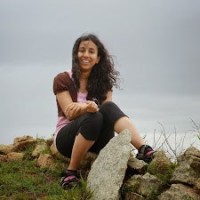